I was born in Los Angeles, California, in 1960 and being the only son with five sisters, my dad was my mentor, I’d ask my dad who his favorite athletes were, and they became mine.  My father was a man of few words, an honest hard working Mexican American who was born in Los Angeles in 1930 and grew up in Chavez Ravine, the home of the zoot suit riots. It was a tough place to grow up, but my Pops stayed away from the gangs and chose sports instead. He started working at the age of nine years old as a shoeshine boy in L.A. and became a Golden Glove boxer before joining the Navy where he was stationed in Ireland, where he met and married my mother. My mother grew up in Northern Ireland where there was a lot of fighting and violence; she became a concert singer but left that life when she was nineteen to marry my father, move to the states and raise their six kids.  My mother is a little fire plug with her Irish brogue accent still intact. 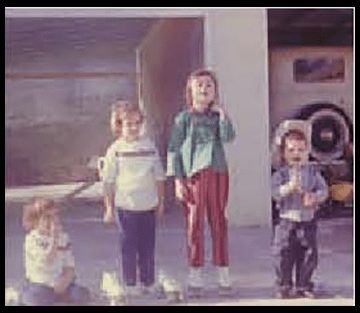 My parents knew the barrio was no place to raise green-eyed, pale-skinned Irish Mexicans, so they loaded us all up in the station wagon and headed south to Orange County.  We arrived in 1965 when the orange groves were in full bloom and the California golden green hills rolled unspoiled from the mountains to the coast. I was out of the concrete jungle and my bike was my freedom to go out in the hills and explore. Being out all day in nature, I never wanted to come home for dinner.

My friends and I were typical little monsters growing up, playing football in the mud during the winter and baseball in the summer. Having beautiful sisters, I always had the older guys hanging around the house and treating me like a kid brother.  They took me around and let me hang out with them.  One kid in particular was the coolest on the block his name was Tom.  He was the one who scored all the touchdowns, hit the homeruns, sunk baskets with style got all the hot chicks, I wanted to be just like Tom. 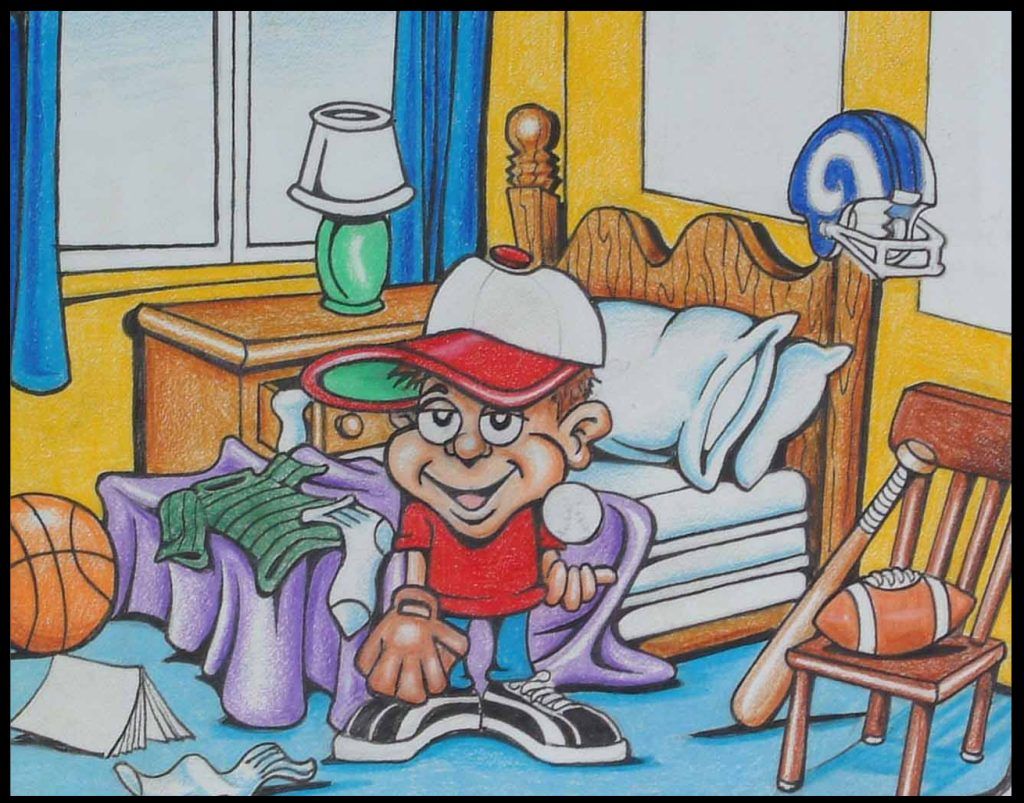 Tom was also an artist. I thought artists were sissies, but Tom was a stud, so if Tom was an artist – then artist were cool!  One day Tom was drawing for the school contest, so I got a piece of paper and joined him.  I had doodled before but never really tried to draw.  When we were done his mom made a big fuss and told me she was really impressed.  I remember sensing that Tom was not too stoked on being upstaged by some punk little kid.  After that Tom and I weren’t friends for a while.  I raced home proud of my creation but no one believed that I had drawn it.  My dad yelled at me, told me not to lie and sent me upstairs with no dinner.  I had just lost a friend and my dad, who never got upset, had punished me for nothing.  I didn’t know what I had but I knew it was powerful.  I sat in my room and started to draw again, this time it came out even better than my first piece.  When my dad came up to check on me, I surprised him with my new drawing.  He hugged me and apologized.  The next day he came home with a bag of art supplies and encouraged me to enter the school contest.  I did and I won for my age group.  The school, however, didn’t believe me; they said someone must have helped me!  I didn’t care that they denied me my prize; I knew inside that I had drawn it and that was all that mattered to me.

I liked the attention my drawing got me in my life, something I never had before; I knew I had something special.  I went on to win all the art contests every year.  Years later Tom and I became friends again and he invited me over to his house and it blew my mind. He was into stuff I didn’t even know existed; his bedroom was like a museum of cool gut stuff.  My room was still filled with pictures of my sports heroes.  His was covered with with pictures of rock stars, and photos of surfers riding giant waves.  He just had a mattress on the floor, piles of record albums, a black light and beaded curtains.  He had a collection of crazy psychedelic comics; the art was as good as any of the stuff I was into but a different world altogether…it just knocked me out.  The surf pictures were awesome, giant green waves with the guys riding them just looked so cool and free on the boards.   These surfers looked so much different than my posters of athletes on organized teams wearing matching uniforms standing in the concrete stadiums they played in.  Tom had a guitar in the corner and his surfboard too.  I checked out his records…Hendrix, the Doors, Bob Dylan, Tom had done it again.  He was still the coolest.  At eleven years old standing in that room I was a changed person forever. 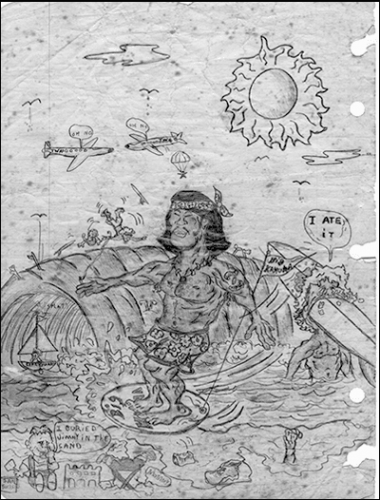 I discovered then what I wanted to do the rest of my life.  I discovered there was an alternate world to the rigid controlled one they taught me in school.  In those days Vietnam dominated the TV, body bags and war, every night in our living room.  There were riots and civil rights struggles in the streets. It terrified me, I figured I would be shipped off to die in the war when I got old enough or be hit by a Russian bomb while I played.  If I got lucky, I’d get a job I hated and spend the rest of my miserable life becoming grumpy and bitter like many of the adults I knew.   I didn’t fit into that world; I didn’t want to be a doctor or lawyer.  I wanted to be free like the surfers in the posters on Tom’s wall and spend my time drawing rock n roll posters, hot rods and monsters…all the stuff the adults hated but we kids devoured. If I could inspire someone to draw or give them a quarter of the enjoyment I got from art, then I thought I would be doing what I was meant to be doing.  Suddenly the future didn’t seem so scary anymore.